Yesterday was a pretty bad day in terms of trying to conceive. Not the worst day–no miscarriages here–but my blood test came back negative for HCG, the pregnancy hormone. That’s the one that makes a second line or a plus sign appear on pregnancy tests after you pee on them. A negative blood test means that you’re not pregnant.

In other words, the latest transfer failed completely. That blastocyst, with a little heart on it, just got out of dodge, didn’t even stop to say hi and implant even a little. We’ll have no way of ever knowing why it didn’t implant, what went wrong on the chromosomal level (because everything else was textbook). It’s just gone, and we’re back to square one.

(side note: this show was awesome)

Well. Not really square one, because we know certain things now. We know how much IVF medication is enough for me and how much is too much. We know that I need to have a 38 hour trigger instead of 36 for optimal results. We know that I can easily become overstimulated, and that I would prefer not to do that because it’s not fun or healthy or good.

And we know that if we want to succeed now, we’re going to have to do preimplantation genetic screening, or PGS.

That’s not entirely true. We don’t have to do that. There’s still a chance that we’ll get lucky with the odd blastocyst that’s somehow magically good. But I’m tired of wasting my time and wrecking my body with no results. When Kyle and I were in Texas this weekend, I told him that my biggest fear in this process is that we’ll exhaust all our options and come up empty handed. That I’ll have wrecked my body–because the IVF process has definitely wreaked havoc on my health–for nothing. I don’t mind if I’m a mess but we’ve got a kid at the end; it’ll be worth it.

But to be a physical disaster and have no kid as a result?

So PGS. We’ve talked about it with our doctor before but always deferred because it’s not covered by our insurance. PGS costs about $2500-3500 at our office; in some offices, that number skyrockets to the $8000 range (at which point, I’d just say, “You know, we’ll just keep taking our chances or maybe rob a bank.”). And, well. We’re financially comfortable–we don’t have to choose between mortgage payments and food or electricity payments and daycare–but we’re not that financially comfortable. We don’t generally have that much money lying around for a rainy day. This isn’t because of poor spending habits on our part (on the contrary, we’re all pretty content to not spend money unless it’s necessary, like a $600 car repair or something), just because we’re not rich. Having $2500-3500 to throw at something is a tax bracket or two above us.

And even now, when PGS is our primary hope, I’ve been pretty sure that we didn’t have $2500-3500 to throw at it. I knew we had some extra money in our account–Kyle got a nice bonus this year, and our tax return was higher than it’s ever been–but I figured it was more in the $1000 range of “we don’t know how to spend money, so we’re not” rather than the $3500 range of “we’re rich.”

(if we were rich, we could do this. We wouldn’t, because that isn’t how physics works, but we could)

I mean. $1000 that we can throw at anything is a much better place than we were in five years ago. It’s a much better place than most folks we know, but it’s still a far cry from $2500-3500, especially when you consider that by the time we’re done buying groceries and paying bills, we’re also desperately trying to lay track to get to payday. That money would take a while to save up, even with a nice starting base of $1000. I figured that if we really pinched our pennies, we could do it in about ten months, or by next February-March.

(if we gave up food and gas for the cars, we could manage in five months, but while we’re all trying to exercise and eat healthier, that particular plan didn’t seem prudent)

And, well. That’s a wait. Next March would mark three years on this particular venture, and I’d be approaching the dreaded 35. Medically speaking, 35 is the age when your egg health swan dives off a cliff, leaving you with just wrinkly dusty things that may or may not be healthy. Your risk of chromosomal abnormalities–not just survivable ones like Trisomy 21 (Down Syndrome), but the ones that destroy viability like Trisomy 16 and other aneuploidies–skyrockets.

That’s not to say that it’s impossible to conceive a healthy child after 35, just that it gets a lot rarer and more difficult. 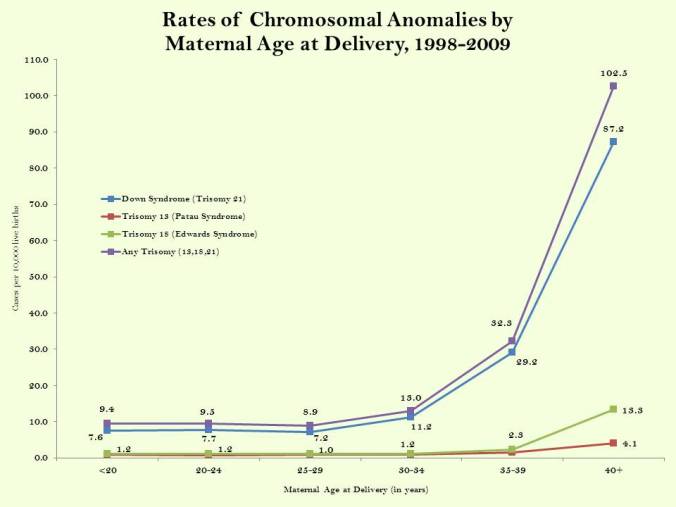 So I was brainstorming ideas to come up with the extra money quickly. I thought about doing a GoFundMe, but that felt icky to me. I’ve helped a lot of friends through GoFundMe, but it’s been for situations that really warranted help, like “our house burnt down” or “this person has cancer” or “someone has died” or sometimes all three at once (I gave a lot of money on that one because holy hell, universe, calm down). Crowdsourcing something that I could save myself over time seemed… wrong. Petty. Like taking money away from people who really need it.

I thought about robbing a bank, but that’s just impractical. You generally can’t get more than a cool thousand robbing a bank, and anyway, I’m not very stealthy. I’d probably get caught, and that would ruin the whole thing (though it would make for hilarious novel fodder and would maybe get me a Netflix series–maybe a knockoff of Orange is the New Black. I’d call it Dumb Baby Jail, because I would be dumb and would have gone to jail trying to get money to have a baby).

I thought about taking out a loan, but we have a lot of those already–student loans (ell oh ell), car loans, mortgage, credit cards. Our credit scores are kind of ugly right now, thanks to a nasty combination of all of the above plus Kyle’s identity being stolen a couple of years ago around tax time (it’s a lot harder to use your tax information to fix your finances when your finances are consistently monitored, not because you did a Bad, but because the powers that be worry that you’re an impostor you). I don’t know that we’d even get approved for a loan, even if taking one out was a good idea (it’s not).

So waiting, obnoxious waiting. I whined about it to Kyle when we went to bed last night, how I know we’re really lucky to even be having this conversation, but that I’m so tired of waiting. I’m having baby fever something fierce; I want another kid. I love our kid, our beautiful Sam (who is such a miracle I can’t even tell you), but I want another kid. And then, once everyone’s a little older, I want to adopt, maybe from foster care, and that will complete our family.

But anyway. I whined about money, and Kyle asked how we were doing in that regard, because we have a couple of bills due this week (specifically the ones he takes care of, which are two: his car payments and daycare. I take care of the rest). I looked at our bank account, expecting us to have enough for the car payment and daycare, plus that extra thousand, but not much else.

Instead, my bank account reminded me that oh, by the way, you never spent your tax return because you never thought to, so you actually have an extra more than $2000 sitting around, which is ridiculous considering that we were completely broke not five years ago.

(for context: five years ago, Kyle and I moved up to Massachusetts from Texas to keep from completely depleting our savings after I lost my job, which was our sole source of income at the time. My parents offered us their in-law apartment, rent-free, so we were able to just keep paying minimal bills while we looked for work. Kyle managed to get a great job in web UI development around August of that year, and now we’re here)

So. The point of this long story, in which I sound ridiculously privileged (don’t get me wrong–I have gallons of privilege, and I’m hyper aware of that fact) is that we don’t have to save up as much as I thought we would in order to accomplish the simple task of getting pregnant, which most people can do for free, uterus, I don’t know what your damage is. And that makes me feel better, even though I’m not currently pregnant.