Even when you get pregnant through IVF and ages of effort and trying and stress, you still have to qualify any pregnancy complaints you have with the caveat that “I’m really happy to be pregnant! No, I really am! I’m thrilled, honestly! I can cope with the suffering as long as it means a healthy baby at the end!”

And it’s all true. This has been a long journey, and I’m happy to be where I am, but I’m also 100% miserably physically, and I’m going to whine about it for a bit.

(sadly, not this kind of wine until May)

Two of my pregnancy complaints are normal and familiar: fatigue and nausea. The fatigue hits like a truck around 2-3 p.m. daily, without fail, which is fine on weekends–that’s Sam’s naptime, after all–and miserable on weekdays, when I’m using tape and prayer to keep my eyes open at work. Supposedly up to 200 mg of caffeine every day is alright during pregnancy, but most people think of that as coming from coffee, and I hate coffee. It tastes like licking the bottom of a muddy boot, and I can only stomach it if I drown it in enough cream, sugar, and chocolate to pretend that it’s not coffee at all but rather some sort of fancy chocolate drink with an Italian name that I can’t pronounce.

At best, I drink a Dr. Pepper at lunch, which is hilariously unhealthy (PURE SUGAR WATER HERE WE GO!), but it at least gives me a jolt that can keep me from completely disintegrating before the homeward commute… and then it wears off at 10 p.m. and I give up on my nightly activities of maybe doing some dailies in WoW (yeah, I’m still there, so sue me) or just puttering around aimlessly on YouTube watching British documentaries about reborn dolls and the women who love them.

(if someone held a gun to my head and told me that I had to invest in a reborn doll, I would buy one that looked entirely normal EXCEPT it would have glowing red eyes, so it would not only be the uncanny valley visit of “oh that’s not a real baby” but also “AAA IT’S A DEMON” and that’s hilarious to me) 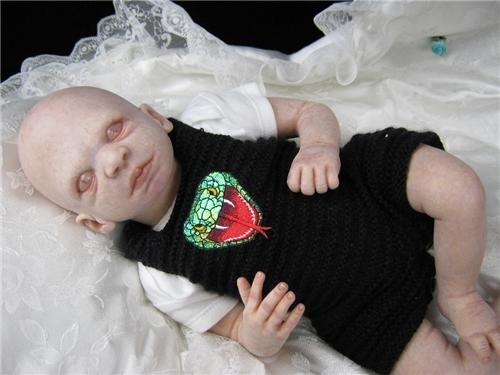 (or maybe this Voldemort one; take a moment to finish screaming, it’s alright)

Nausea complicates everything. I’ve had it since right after my retrieval, and it hasn’t really gotten better. I have my methods for coping (namely: peppermint candies until I die), but as a general rule, it just makes me miserable if I eat anything before 2:00 p.m., which is ridiculous because breakfast and lunch are things.

But nausea doesn’t care about that. Nausea doesn’t ask silly questions. Nausea just makes you incapable of functioning during the peak hours of the day.

And I do mean incapable. Twice this weekend, I had to turn around my plans for the day because I was so exhausted and nauseated that I couldn’t see straight. I never threw up, thank GOD, but I did go straight home and bury myself in blankets until I didn’t feel like complete crap, which took about 3 hours each time. I had so many plans–I had to exchange some maternity jeans that were too small for me, to swing by Target and Michael’s and various stores that may or may not have Halloween stuff out for me to ogle, to hit Barnes & Noble and pick up books about being a big brother so that Sam can get used to the idea–and they all fell apart because nausea.

Nausea and fatigue are both good, mind. They mean that your body is working as intended. Worse nausea is associated with lower risks of miscarriage and healthier pregnancies overall, which is comforting in a sort of “here are some positive facts about mosquitos!” kind of way. Like hey, it’s really cool that they provide a main diet staple for these neat birds, but maybe they can stop biting me now?

(my opinion on this happening is not improved by the knowledge that a bird will soon be like “ooh lunch!”)

Fortunately, the pain is also a good sign, even if it’s not a normal or typical sign. Unfortunately, that means that I basically have to grin and bear it with extra strength Tylenol and a lot of whining.

The pain is coming from two sources, as far as I can figure. First, it’s coming from my ovaries, those beasties. They’re still enormous from being overstimulated, still the size of fruit. When I’m lying down, if I gently press on my abdomen, I can feel them (and yes, it is very trippy to do so). They’re pressing against all of my internal organs and also are just IN THE WAY OF EVERYTHING, so if I sit upright like a normal person, they feel like they’re being crushed and I say “ow ow ow ow!” and then shift into a slouch or else go out to rest with my feet up because at least that doesn’t cause me endless pain.

(do you know how difficult it is to get work done like this?)

My ovaries are also oversized because I’ve managed to acquire a large number of corpus luteum cysts, which would make sense for a normal pregnancy but not so much for an IVF pregnancy.

Basically, in a normal pregnancy, a corpus luteum cyst forms on the ovary after you ovulate. This cyst remains in place and produces progesterone until the placenta is mature enough to start doing that itself. It can cause some minor cramping or twinging in early pregnancy, but for the most part, it’s harmless and even a very beneficial sign.

The corpus luteum cyst is not supposed to form with an IVF pregnancy, or so they told me. That’s why I was on supplementary progesterone, or so they told me. And then when I went in to get my HCG checked, they saw that my progesterone levels were ridiculously high (on average, your progesterone is supposed to hover between 9-47 ngL for the first several weeks of pregnancy; mine was at 60) and stopped my supplementary everything because holy shit, what is happening here.

(this explains the high levels of nausea and fatigue and sore boobness I’ve been dealing with because guess what hormone causes those things? It’s progesterone :D)

The second pain source seems to be a cyst in my uterus that may or may not be the other blastocyst not getting the hint that if it’s not going to grow, it should get outta dodge. I’ve felt that as a pressure in my pelvis that reminds me ever-so-keenly of when Sam was just days away from being born and decided to RAM his head into my pelvis as if by doing so, he could defy all laws of biology and physics and enter the world on his own terms. It hurts like the dickens, especially when I walk; the pain is only really eased if I bow my legs out and waddle about like a cowboy from an old timey cartoon (which I only do at home; I will cope with the pain to avoid being seen like that in public).

On Monday, we’re checking to make sure that the cyst is just a cyst and not the other embryo trying to be a pregnancy (it’s in the wrong spot and would pose a lot of health risks, which means I’d have to terminate, which HOLY HELL do I not want to do–I am as pro-choice as they come, but to get this far, to try this long, and then be told, “Whoopsies, it’s in the wrong spot! And if it stays you and the other baby might die!” is kind of a dick move, universe). If it is a cyst, I have no idea what the next steps are. Uterine cysts just don’t happen. Every time I’ve googled them, Google has come back at me like, “do you mean ‘uterine fibroids’” like it’s being smart. And no, Google, I do not mean uterine fibroids, but thanks for not helping!

Ugh. But the good news is that I’m still pregnant, I’m still pushing forward, and as far as I know, we’re still expecting to see good things on the ultrasound on Monday. We’re looking for an increased heartbeat and an embryo that’s gone through another week of growth, and if we see that, I may even get to graduate to a regular OB/GYN after this! Until then…